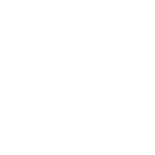 Enjoy the views of Nepal

What Our Customers Are Saying

This 14-day vacation by Insight was the first time we had used this company. It was broken into 3 basic segments:Cairo (5 days), Luxor (2-3 days), Riverboat cruise (7 Days). For the two of us it was a strenuous but wonderful time.

On our final 2 days back in Cairo, we visits the city of Memphis (former Capital of Egypt) and Giza, the site of at least 7 pyramids, as well as the Sphinx.

Our final comments: Insight is a first rate company. their itinerary is a little too ambitious for 2 seniors in their mid-80's -- but we would not have missed it, and highly recommend this tour, as an "Insight" into our past civilization.

New Ship, New Itineraries to Europe and the Mediterranean on Royal Caribbean in Time for Summer 2021

Travel Off Season and Close to Home and Save! Monograms' New Insider Tours Hit the Mark in COVID Times

KLM has revealed the future of flight. Hint: You'll be sitting IN the wings.

If you’re one of those travelers who always picks a seat ... read more

Top 4 Places In The World To Go Hot Air Ballooning

Imagine yourself silently drifting along under colourful ... read more

When you think of Mexico, famous beach towns may come fir... read more