Giant manta rays, sharks, whales, turtles, sea lizards and hundreds of other species are now protected in Mexico's vast new Revillagigedo marine reserve in the Pacific Ocean off the Baja Peninsula.There are four Revillagiegedo Islands about 240 miles (390 km) southwest of Baja California. They are small, uninhabited volcanic islands, but uniquely positioned where two ocean currents converge. (Top photo credit). That makes the islands and the waters around them a hub for hundreds of species of marine plants, birds and animals that live there or migrate there especially for breeding.

Previously, only the waters 6 miles around the islands were protected, leaving vital feeding, breeding and migration areas open for fishing. But in 2016 the area was designated a UNESCO World Heritage site for its biodiversity and in November 2017, the Mexican government created an immense marine reserve 57,000 square miles (148,000 square km) surrounding the islands. That's a protected area the size of the entire state of Illinois, and the largest marine protected area in North America. 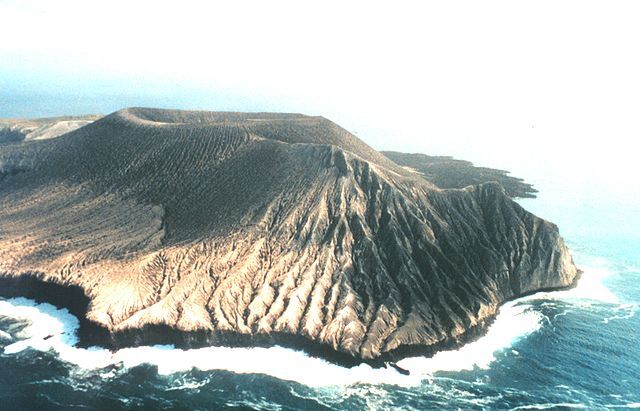 All fishing is now banned inside the reserve – a move that will actually support the fishery. Protecting breeding grounds of commercial fish like tuna will allow hard-hit fish populations recover to the benefit of local fisheries outside the reserve. (Other marine reserves around the world have seen the local fisheries benefit from the conservation of breeding grounds).

Mining, resource extraction and hotel development will also be prohibited. Plans for active protection are now in place. The Mexican Environment Ministry and Navy “will carry out surveillance, equipment and training activities that will include remote monitoring in real time, environmental education directed at fishermen and sanctions against offenders".

Already, conservationists are celebrating and calling it 'the Galapagos of North America'. The Revillagigedo islands are considered one of the wildest places remaining in tropical North America, where you can see the most giant manta rays and sharks and large fish in the world as well as soft coral gardens with sea fans, sponges and crabs.

What does this mean for us travel lovers? In addition to knowing some of the Earth's biodiversity and natural marine beauty are being protected, Mexico's creation and protection of the new Revillagigedo marine reserve is expected to increase the opportunity for dive tourism in the area. Boats currently often depart for the Revillagigedo islands from the popular resort destination Cabo San Lucas. Not a diver? It's anticipated that carefully monitored wildlife adventure cruises, like trips travelers can take to the Galapagos Islands in the waters of Ecuador, will also allow travelers to experience the biggest marine reserve in North America.

This Cruise Line has Plenty to Celebrate in Pride Month

Putting on the Ritz... At Sea